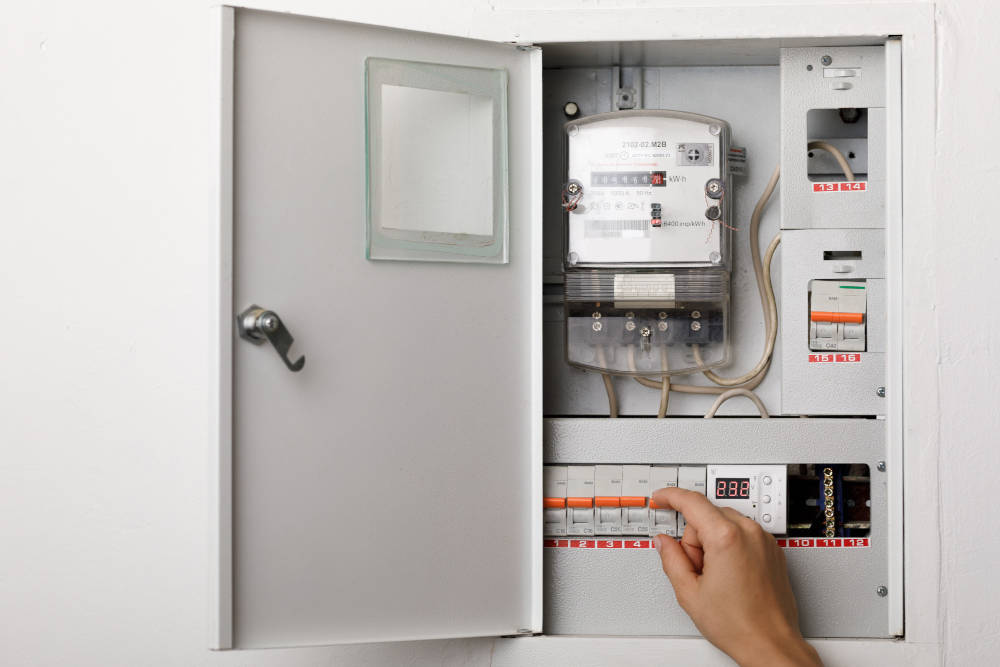 Did you know that if your house was constructed after the 1960s, you almost certainly have a circuit breaker panel rather than a fuse box, as most people refer to them?

Circuit breakers were introduced as a safer and more updated electrical alternative to fuses. Breakers open circuits more quickly in the event of a failure and may be reset with the flick of a switch. Fuses take some time to heat up and blow, requiring the purchase and installation of replacements.

Most homeowners don’t give their breaker box cover much thought until they need to add another electrical outlet or light fixture or when they have a blown fuse.  While it’s a good idea to get your breaker box inspected by a qualified electrician regularly, it’s also a good idea to have a working understanding of its functions.

You do not need to learn how to connect a fuse box to grasp the fundamentals of how it operates. Additionally, being familiar with your fuse box may save you money in the long run. Again, it’s usually a good idea to learn where your circuits are and which breaker switch controls which electrical item.

While replacing old breaker box covers is not expensive, improper wiring may cause fires and put your family’s house in danger. Here is how to resolve this situation.

Keeping in mind, It is always better to be safe rather than sorry. Electricity can be very dangerous and even fatal if not handled properly.

Safety Pointers to Keep in Mind

Here are some pointers if your breaker trips or you need to work on your electric at home:

By opening the panel door and checking the breaker number, you can ensure that you switch off the correct breaker while doing an electrical repair.

The National Electrical Code states, “Every circuit and circuit modification shall be legibly identified as to be its clear, evident, and specific purpose or use.”

What Is a Circuit Breaker Box?

A circuit breaker box protects against overloaded wires that heat, instead of transmitting heat to your plugged-in appliances and electronics, causing them to burn out and perhaps creating a fire. The circuit breaker trips and switches off the power to the whole home or a specific zone.

What Is in Your Breaker Box

Breaker boxes may vary from product to product. But, on the other hand, with any panel, you’ll notice the big lugs and cables to which they’re attached.

Let’s take a look at the components:

Remember that the main lugs are always live. This is true even when the main breaker is turned off. So do not ever touch them!

The main black cables are always live. And, even though they are insulated, avoid touching them. They are typically larger cables than the rest, has black and/or red insulation and gray outer sheathing.

This is the main big shutoff switch, which controls the power to the entire circuit breaker box.

Each circuit’s hot wire, often red or black, is connected to a breaker. These breakers help are designed to shut off automatically if a electrical problem were to arise such as a short in the wiring or appliances, overheating, and possible fire.

This is where the ground and neutral wires are connected. They are usually white in color.   If you’re installing a conventional breaker, you’ll also attach the neutral wire here. However, connect the neutral to the breaker when installing an arc-fault circuit interrupter breaker and extend a “pigtail” cable to the neutral bus.

When a circuit breaker senses an issue, it is designed to “trip” or shut power off to that circuit as to avoid any possible damage or fire.  On most brands the “tripped” position of a breaker changes from the “on” position to a center or neutral position.  The handle of the breaker will automatically change to being straight up and not left or right.  In order to “reset” the breaker, the tripped handle must be turned to the off position first before trying to turn the breaker back on.  This tells the breaker that someone is aware of the issue and is attempting to remedy the issue.

Knowing how to wire a breaker box properly enables you to expand your home’s electrical circuit to new appliances or switches. Remember that for your safety, your family, and your home, always replace any damaged or missing breaker box covers!

If you are not a DIY person and would prefer to leave this task to an expert, contact us today.